Home / Ermes is the new Official Partner of Olimpia Milano 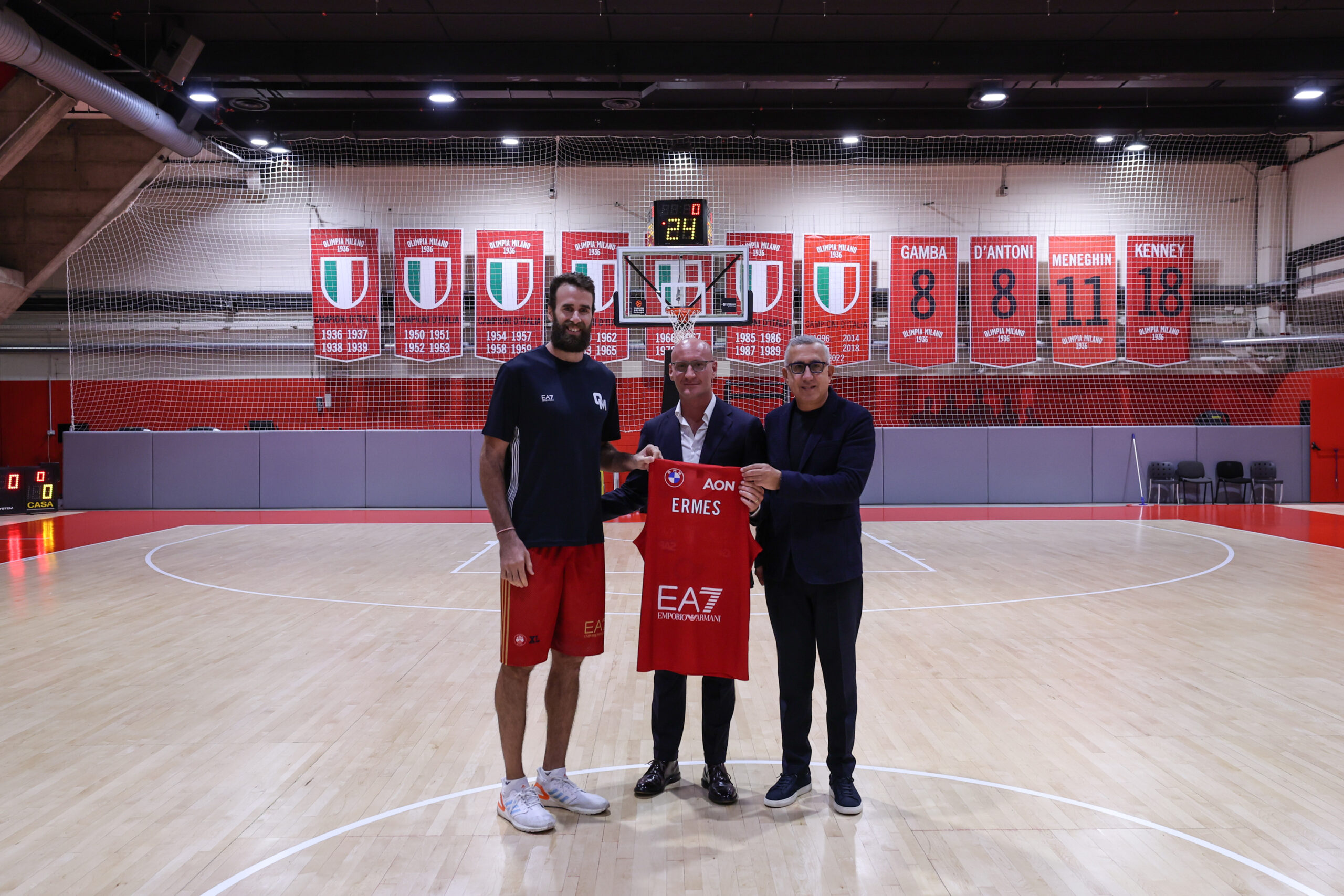 The new partnership with Olimpia Milano (www.olimpiamilano.com) was announced on Tuesday, September 27, through an official meeting with the Milanese basketball team, right on the field of the Mediolanum Forum of Assago.

Olimpia Milano represents a true excellence of Made in Italy: it is the most titled team in Italy and one of the most successful in Europe, in fact boasts 29 league titles, 8 Italian Cups, 4 Super Cups and, at the international level, 3 Champions Cups and as many Cup Winners’ Cups, 2 Korać Cups and an Intercontinental Cup. In addition, it is the only Italian team to have won any kind of official competition.

“We are really happy and proud to start this partnership. Olimpia Milano represents an Italian excellence, recognized internationally: starting from Italy, in fact, we at Ermes have also managed to distinguish ourselves in such a competitive market as cybersecurity. The common thread that unites us? Defense. In fact, the team in the last season turned out to be the best defense in Italy and in Europe and this aligns perfectly with our values and mission to better protect people while browsing the web. We are confident that this vision of doing sports and doing business will make a difference in our respective fields.”- says our Managing Director Stefano Messina.

“This partnership is based on the sharing of the same values and a vision that is very similar in their respective fields. We want every relationship to start from a common base of loyalty, commitment and teamwork to achieve their goals with respect. For this reason we are convinced that this relationship has all the necessary characteristics to last in time and is of mutual satisfaction” comments the General Manager of Olimpia, Christos Stavropoulos.

Thanks to the sponsorship Ermes logo will be included on the main materials and communication spaces of Olimpia, in this way we will accompany and support the team throughout the championship and the main European basketball competition, the Euroleague. The partnership also includes several initiatives, photos and exclusive events, such as the Match Sponsor. There will also be dedicated places within the Mediolanum Forum and guided tours of the Olimpia infrastructure, to which we at Ermes will have the pleasure of inviting our partners, customers and stakeholders to make the value of this union even clearer.

Through the partnership with Olimpia it will be possible to exalt the values that Ermes has embraced since its debut: Teamwork, Excellence in defence and Made in Italy.

Cyberattacks and safety at work