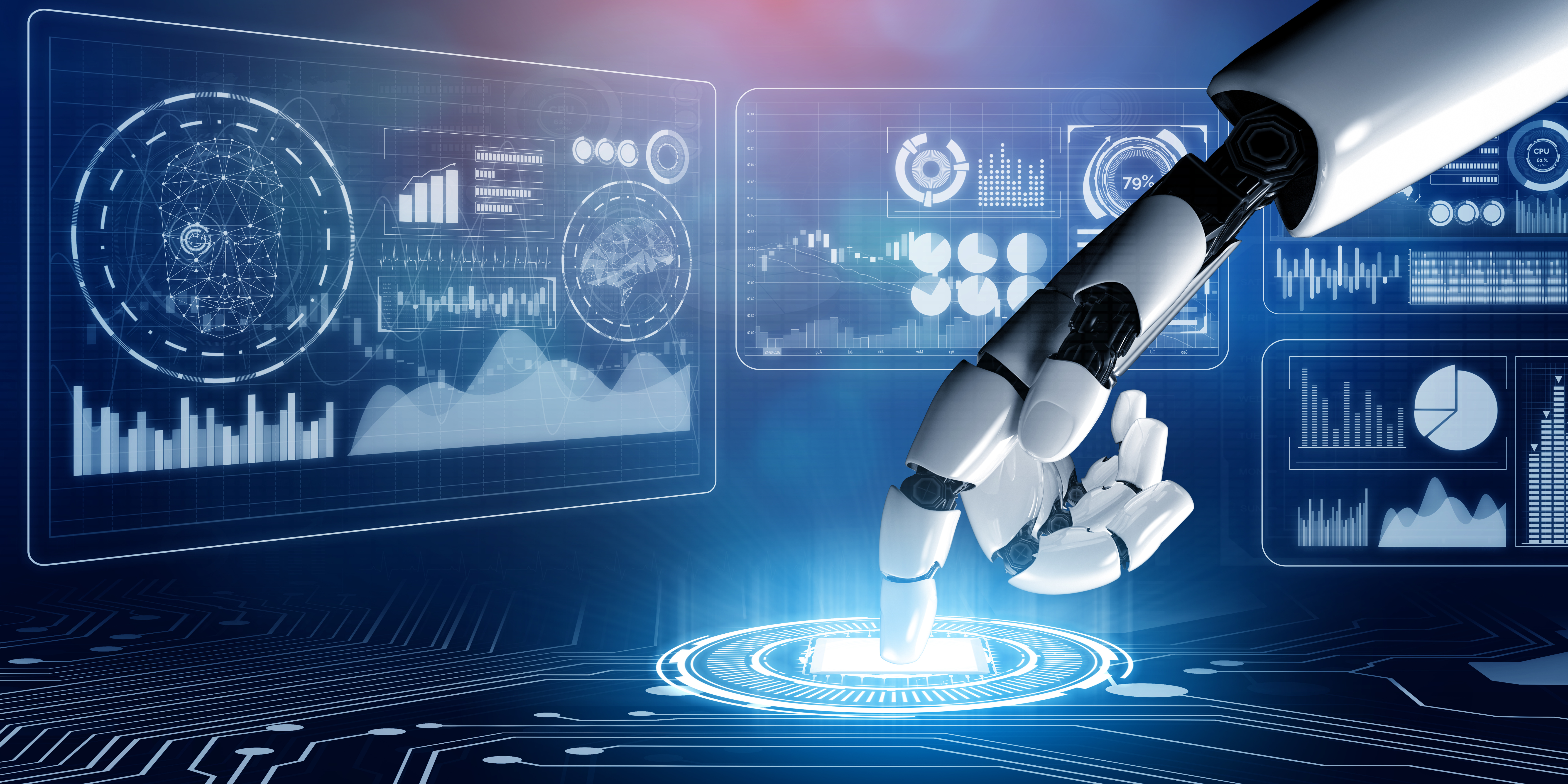 Artificial Intelligence and Cybersecurity: what does it mean and how does it work. Read the article to get more insights on the subject.

However, to deal with the problem of cybercrime, cybersecurity solutions based solely on the use of traditional technologies are no longer enough, or at least are partially effective.

In addition, companies deal daily with huge amounts of incident data, erroneous or duplicate records, and a multitude of malware patterns in thousands of logs. The result of this complex cycle is that the work of security analysts is increasingly complex and requires increasingly specific skills.

Companies today report a significantly higher number of cybersecurity vulnerabilities than in the past.

Artificial intelligence, or AI for short, replicates human thought in an automated or mechanized way.

Today, In the cybersecurity field, the artificial intelligence is playing an important role: indeed, it is used both as a weapon of attack and to defend against cyberattacks. Which side will win in the end?

The use of artificial intelligence in cybersecurity helps to effectively combat cybercrime attacks when supported by careful and meticulous human management.

From the enterprise IT department to industrial plant operational technology (OT) environments to Internet-of-Things (IoT) devices – large amounts of complex data are exchanged every time.

What is expected of the enterprise IT department is for it to verify the security and integrity of this data exchange process. For any human being to analyze and evaluate such situations is an impossible challenge. To be fair, it is not surprising that in the canon of cybersecurity measures around threat detection, another technology is gaining prominence: artificial intelligence.

Cybersecurity systems that take artificial intelligence into account help detect the presence of hackers or their attacks much better. With the help of AI, the detection rate of attacks in the network and IT end devices such as smartphones, notebooks, servers or the Internet of Things can be greatly increased.

Artificial intelligence as an algorithm

Since the early 2000s, the most basic form of machine learning has been used to distinguish spam emails from desired emails. In this process, algorithms learn information through patterns, structures and features, which can then be applied to similar situations.

In this regard, it has gone as far as creating more powerful machine learning models such as supervised learning and unsupervised learning. These processes are capable of distinguishing malicious and non-malicious files and even, even identify conspicuous data and examine it.

In short, algorithms learn from the examples and are able to generalize them after the learning phase.

For this purpose, a statistical model is created based on training data. In other words: AI enables early detection of potential cyberattacks.

For example, a new botnet can be identified in the bud and fought before it can cause damage and involve other devices. In supervised learning, humans teach the algorithm what conclusions to draw; while in unsupervised learning, the learning process works entirely without human guidance.

In this process, interconnected layers of artificial neurons are used for data processing. A very powerful technology.

Unlike the security team composed of people, AI can focus exclusively on tracking security threats.

An AI algorithm can track and record even the smallest anomalies present. In addition, AI detects incidents before they happen, so by doing so, damage can be successfully contained by triggering “self-healing processes.”

Artificial intelligence as a weapon of attack

Cybercriminals are increasingly using artificial intelligence as a method of attack. With the help of penetration techniques, behavioral analysis and behavioral mimicry, AI can help hackers conduct much faster, more coordinated and efficient attacks-and on thousands of targets at once.

Let’s look together at how artificial intelligence can be used by attackers:

Cyber attackers use the power of artificial intelligence, which automatically and simultaneously scans multiple interfaces within the victim’s IT system, to search for vulnerabilities. When a “hit” occurs, the AI can distinguish whether a vulnerability attack is capable of fully crippling the system or can simply act as a conduit to graft malware or malicious code onto the network.

AI will play an important role in cybersecurity for threat detection and defense against cyberattacks.

Learning algorithms should recognize the behavioral patterns of attackers and their programs so as to take targeted actions against them.

AI applications are particularly reliable in recognizing and comparing patterns by filtering and processing large amounts of data. This pattern recognition makes it easy to spot hidden channels through which data is being hijacked-and faster than human analysts could.

Traditional filtering methods for identifying and classifying spam e-mails using statistical models, blacklists or database solutions have reached their limits. Solutions offered by AI programs can help identify and learn complex patterns and structures of spam e-mails (we will return to this point).

Passive and continuous authentication is a future field for AI algorithms. Sensor data from accelerometers or gyroscopes are collected and evaluated while the device is in use. In this way, AI prevents unauthorized use of the device itself.

Conventional malware detection relies mainly on checking the signatures of files and programs. If a new generation of malware appears, the AI compares it with previous forms in its database and decides whether the malware should be automatically prevented. In the (not too distant) future, we hope that AI will develop to the point where it can recognize ransomware, for example, before it encrypts data.

AI could learn which programs open malicious code, which files to inspect or delete, which files to upload or download. The trained AI algorithm can then keep an eye on all suspicious activities on users’ computers.

AI algorithms may soon discover the identity of hackers as well.

This is because programmers leave traces in their program code: well thanks to artificial intelligence it will be possible to detect them. Learning algorithms can extract these traces and then assign the code to an author.

Cybersecurity is not possible without people

In any case, cybersecurity should not rely only to artificial intelligence.

Only continuous collaboration between humans and machines can be successful in the fight against cyberattacks. New attack methods, new vulnerabilities, and repeated human errors lead to a complex mix of eventualities for which a purely AI-based system can never be prepared.

Cybercriminals often use AI-based techniques to prepare and execute cyberattacks.

In this case, a specific high risk is related to AI-based social engineering. This is a technique that supports the “intelligent” evaluation of large amounts of data.

For example, AI offers the possibility of monitoring people’s social behavior. By this we mean that artificial intelligence studies the writing style in emails, the behavior of users in chat communication, the tone; this allows increasing the success rates in spear phishing attacks, for example.

Data traffic and the number of threats are constantly increasing.

Thanks to artificial intelligence, it is easy to detect breaches in computer systems. AI machine learning significantly improves the accuracy of algorithms by training learning patterns over time. At some point, this mechanism, exceeds the capabilities of a human.

We have seen how artificial intelligence is nothing more than a mathematical logarithm of self-learning. It is precisely because of the areas of application that we need to not leave AI to its own devices but rather to study it further and place it side by side with the teams of people involved in cybersecurity.

Cyberattacks and safety at work